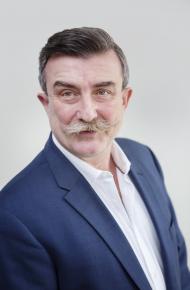 After starting his career as a journalist, Yvan Conoir worked for nearly 20 years on behalf of the United Nations High Commission for Refugees (UNHCR), UNICEF, CARE Canada and the Pearson Peacekeeping Center. Since 2008, Mr. Conoir has been a senior consultant and then shareholder of Universalia for which he has performed consultancy work for the World Bank, the European Union, the Organization of American States (OAS), the United Nations (UNICEF, UNHCR, UNDP, UNESCO, UN DPKO, PBSO, UNV), the Ministries of Foreign Affairs of Canada, France and Switzerland, as well as various NGOs and private entities. He is also a researcher-in-residence at the Raoul-Dandurand Chair (UQAM). His professional duties have led him to work in some 60 countries, in the African Great Lakes region, East and West Africa, South Asia, Central and Latin America, the Balkans as well as in Europe and Canada.